On Sunday, 1st July 2012, 7am SLT/ 2pm GMT (3pm UK time) we met on EduNation to celebrate the life of Graham Davies, founder and first president of EuroCALL who passed away on 21st of June (2 weeks after his 70th birthday) after a long battle with cancer. 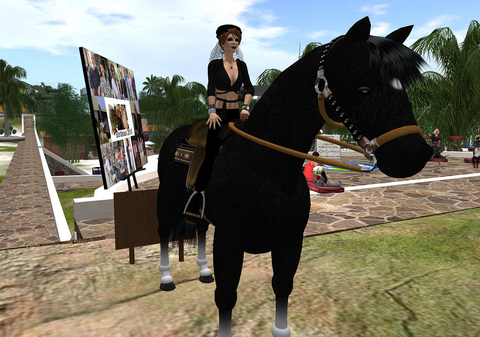 It was heart-warming to see so many of Graham's friends and colleagues join the celebration of his life and we were so happy that his wife Sally, his daughter Sian and son-in-law Tim Martin and their daughter Aela joined the celebration. Sally came on a beautiful stallion, a horse that Graham gave her as a present.

In the beginning we all listened to Graham's last presentation in Valencia, November 2011 when he toured the EuroCALL headquaters on EduNation at a 2-day conference by the VWSIG of EuroCALL. Randall and his wife Mizumi and myself had the privilege to be there. From 1971 to 1993 he taught German and managed the multimedia language centre at Ealing College. He had been

In 1982 he wrote one of the first introductory books on computers in language learning and teaching, which was followed by numerous other printed and software publications. In 1989 he was conferred with the title of Professor of CALL.

Graham Davies was the Founder and President of EUROCALL, holding the post from 1993 to 2000, and I served as a member of the EUROCALL Executive Committee from 2000 to 2011.

He took early retirement from full-time teaching in 1993, but worked part-time as a Visiting Professor for Thames Valley University until 2001, assisting in the management of a number of EC-funded projects. He reached the age of 65 in 2007 and described myself as "happily retired" - although still finding plenty of things to do. He has been married to Sally (below) since 1968, and they have two daughters, two granddaughters and one grandson.

Graham lectured and ran ICT training courses for language teachers in 22 different countries and sat on a number of national and international advisory boards and committees.

He was actively involved in the organisation of two WorldCALL conferences in 1998 and 2003. WorldCALL is a worldwide umbrella organisation that aims to assist countries that are currently underserved in the area of ICT and the teaching and learning of modern foreign languages.

He spoke fluent German and tolerable French, and dabbled in Russian, Hungarian, Italian and Spanish. In his free time he swam in the pool at his local Holiday Inn, played golf when the weather was fine, and I went skiing in Austria each winter. He walked at least a mile every day with their greyhound. Their family have adopted retired racing greyhounds as pets for over 30 years. 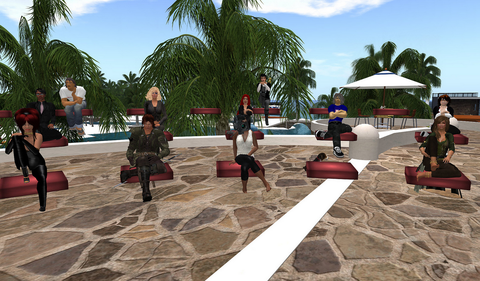 He celebrated his 64th birthday in Brussels three months after undergoing major surgery for a very rare form of cancer known as PMP (Pseudomyxoma Peritonei). He kept a diary of his battle with PMP under Survivor's Story.

With a lot of passion he kept investigating the possibilities of language learning and teaching in Second Life. Graham was responsible for maintaining a presence for EUROCALL in Second Life and liaising with CALICO, EUROCALL's affiliated association in the USA. EUROCALL and CALICO share a Headquarters on one of the EduNation Islands in Second Life, and we have set up a joint Virtual Worlds
Special Interest Group (VW SIG). His avatar name in SL was Groovy Winkler, and Sally can be found there too as Flopsy Bookmite.

REALLY wonderful post regarding a great scholar and a wonderful friend!!!!!!